Rīga Zoo to include ‘Himalayan’ zone 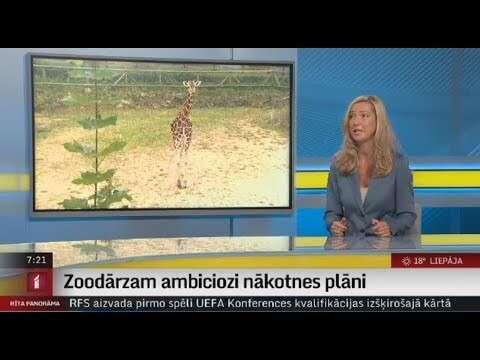 A special ‘Himalayan’ zone will be the centerpiece of the Rīga National Zoological Gardens latest transformation, and will be home to both the snow leopard and the black bear. Not only the animals characteristic of the high mountains of Asia will be found, but also visitors will have the feeling of being in the mountains – they will be able to tie a flag and enter a mountain hut, member of the zoo’s board Anete Bilzēna told LTV August 18.

“The zoo will no longer be an exhibition of different individual animals, but there will be areas of the world with a single, authentic environment where both animals and plants live, as well as the visible environment of the people living there,” Bilzēna explained.

There is even a Tibetan village planned.

“The information center will be in a Tibetan village. Everyone will be able to come and tie their own flag here – just like it is in the Himalayas… There will be a snow leopard and a black bear. Peacocks are already present,” Bilzēna added. “Entering these Himalayan foothills – to climb the Himalayan mountains –  you will go through flora trails, and the fauna will also change depending on which way you go,” she explained.

Investments in the zoo’s ambitious innovations and changes, to take place in seven stages over twelve years, are planned to the amount of 45 million euros. Unfortunately it will take around three years for the Rīgan Himalayas to become a reality.

“We start with the smallest investments in terms of money – the Himalayan area will cost only two million,” said Bilzēna.

It costs 2,000-3,000 euros per day to feed all the animals in the Riga Zoo. “Some of the animals only eat mangoes or shrimps and not just shrimps, but tiger shrimps,” Bilzēna explained.

Rīga City Council has approved the development concept of the Riga National Zoo, which envisages abandoning the exhibition of elephants, but highlighting the white rhinoceros as the main animal to be seen.