Far from the murmur of people and the glow of headlamps, free from fixed ropes and abandoned tents, many mountains remain solitary places, friends of the sun, snow, ice, and wind. We examine some peaks that have only been climbed once, if at all, and the climbing stories behind them.

Macchhapuchre lies at the end of a long ridge near the Annapurna Himal range of the Himalaya, 24km from the city of Pokhara. The striking peak has a distinctive double summit that looks like a fishtail. In Nepali, macha means fish and pucchara means tail.

The neighboring mountains, the Annapurnas and Gangapurna, are higher than Machhapuchhre. However, Machhapuchhre is located on low ground in front of them. It stands out remarkably with a prominence of more than 1,200m. Those who have been lucky enough to see it speak of the indescribable beauty of the peak, with its vertiginous walls and that double summit. 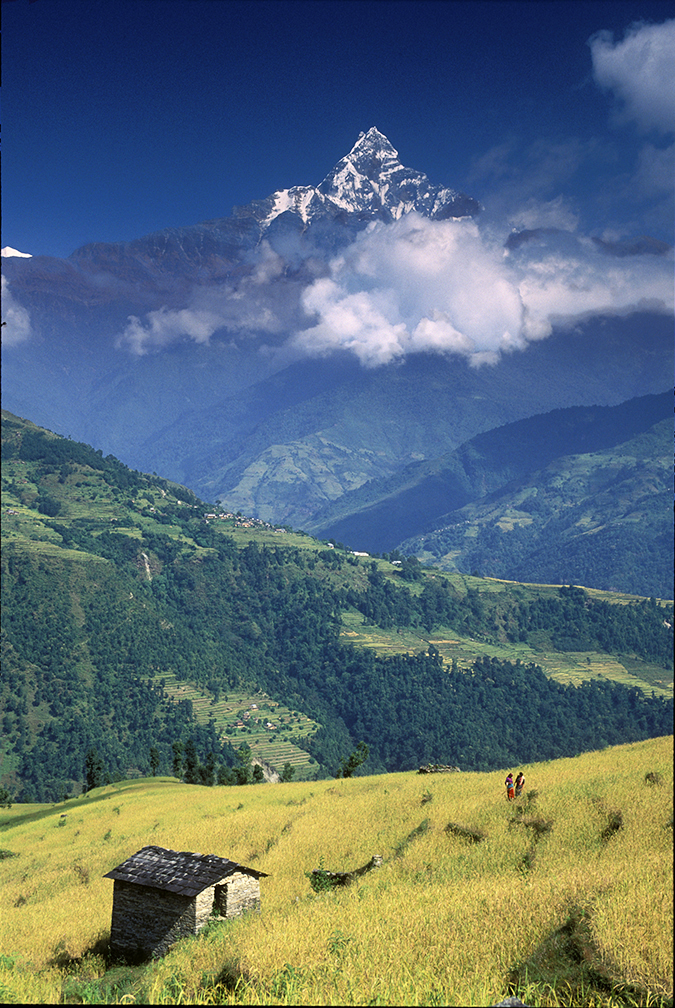 Macchapuchhre rises from low ground, making it stand out among the giants. Photo: Jerry Kobalenko

During the 1930s, a British Ghurka named James Owen Merion Roberts (known to most as Jimmy Roberts) made several difficult, interesting ascents in the Himalaya. In 1938, he was part of a team led by James Waller that attempted Masherbrum (7,890m). They also made some first ascents on various 6,000’ers and continued their exploratory mountaineering in the eastern Karakorum during the 1940s.

In the 1950s, Roberts began exploring the Annapurna area. He did not like to repeat routes and favored small climbing teams. His name will always be linked to first ascents, including Mera Peak. Roberts was interested in mountains that even today remain great challenges. 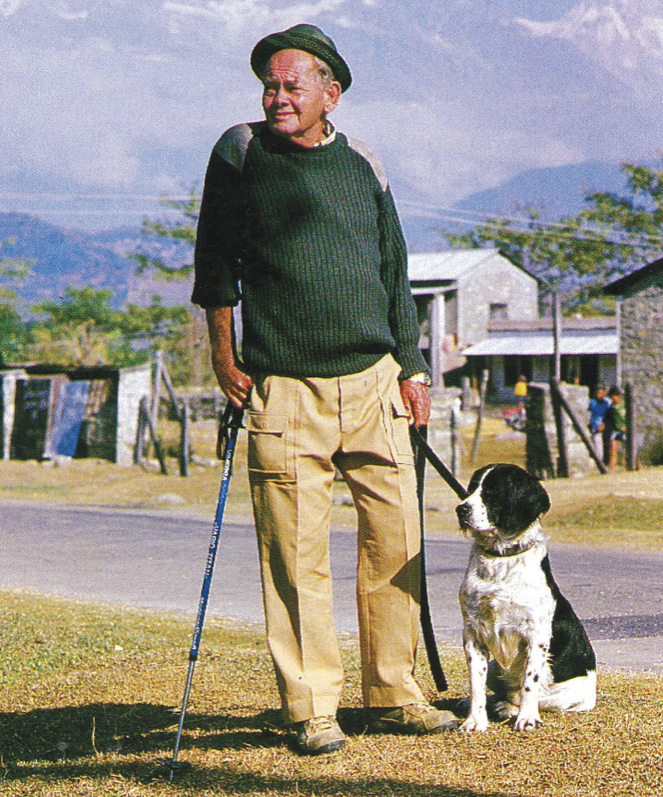 Jimmy Roberts in Nepal. In 1954, he made the first ascent of Putha Hinchuli (7,246m), with partner Ang Nyima. Photo: The Nepal Times

In spring 1956, he was exploring Machhapuchhre with two companions, Lal Bahadur Gurung and Ang Nyima Sherpa. Roberts had been dreaming of this mountain for 20 years. They came away impressed, and Roberts returned in the spring of 1957 to attempt the climb. 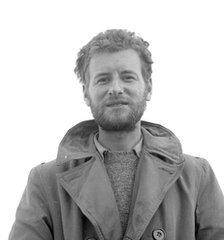 Wilfrid Noyce was one of the best British climbers of his era. He made the first ascent of Mount Trivor (7,577m) in Hispar Muztagh in 1960 with Jack Sadler. Photo: Wikipedia

By the end of April 1957, the group had established Base Camp at an altitude of 3,960m. In May, they advanced along the north ridge and up the northeast face, but logistical problems reduced the party to just two climbers, Noyce and Cox. Roberts volunteered to help the rest of the team descend while Noyce and Cox continued to push for the summit.

The weather deteriorated, and Noyce and Cox stopped 40 to 45 metres from the top. Their climb is the only officially registered attempt on the mountain. There are two different explanations for why they turned back so close to the summit. The Himalayan Database states that they did not reach the top because of an approaching snowstorm and impassible ice pinnacles. However, other sources state that the two climbers stopped short because they had promised the King of Nepal that they would not stand atop this sacred mountain. 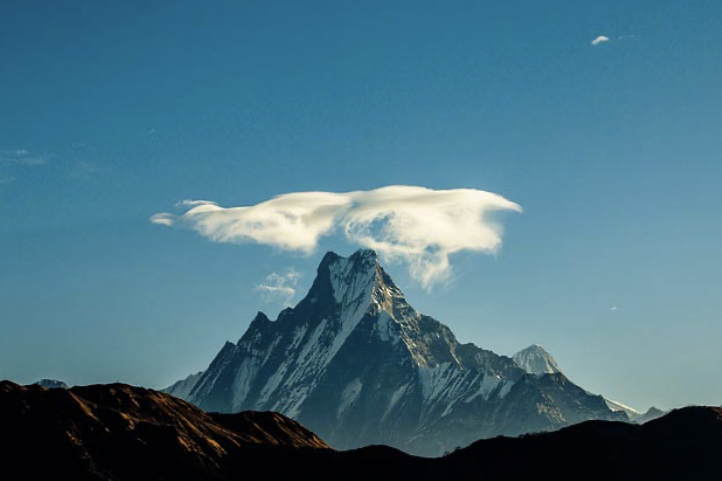 Since the 1957 expedition, authorities officially declared the mountain sacred, and no climbing permits have been granted. The local Gurung ethnic group believes that the mountain is the abode of the god Shiva. 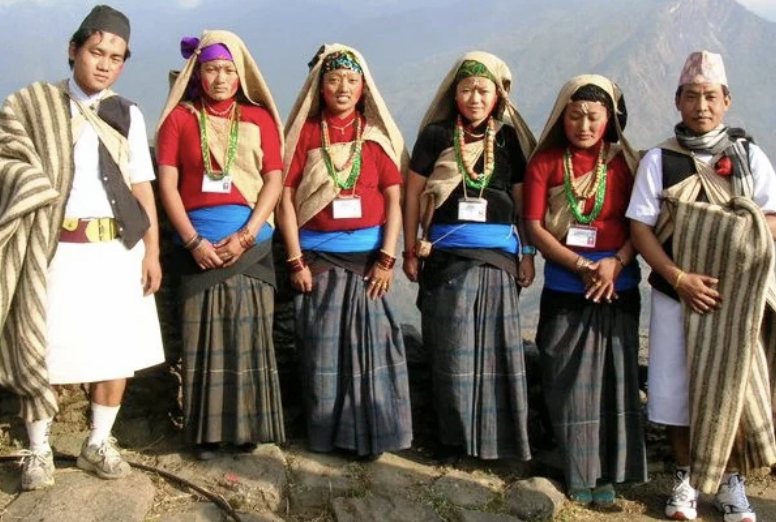 The Gurung people, also called the Tamu, are an ethnic group in central Nepal. Their language, Gurung, is not an Indo-European language, but Sino-Tibetan. Photo: Arjun Tamu

In the late 1970s, one of Yosemite’s most interesting outsiders, New Zealander Bill Denz, may have illegally climbed Machhapuchhre. The climb is unproven (sources never specify any details), but Elizabeth Hawley included it in a footnote in the mountain’s file in The Himalayan Database.

Despite stating that Macchapuchhre is unscaled, the footnote reads that “rumor has it that a New Zealander (Bill Denz) summited by the N Ridge-NE Face route.” Denz was a very strong climber and a character who did not like to brag about his achievements. 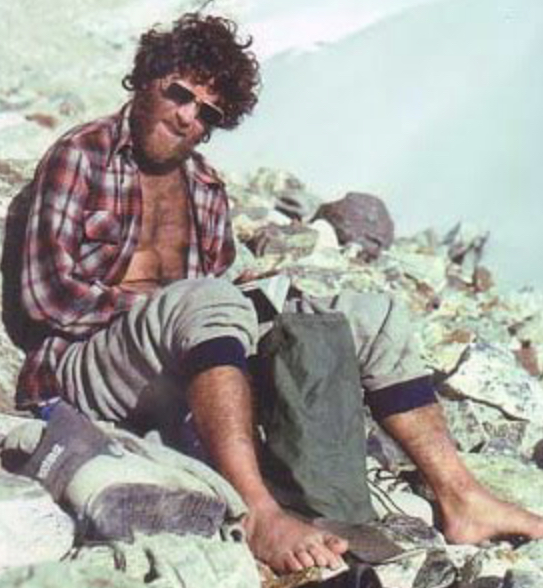 Bill Denz made several impressive climbs around the world.

Denz was certainly in the area in those years. In October 1981, he made the first ascent of Kusum Kanguru (6,370m), alone, at the age of 30. Unfortunately, in October 1983 an avalanche killed him on the west pillar of Makalu while descending with partner William Robert From. From managed to break free from the avalanche, but Denz was swept away. His early death leaves us with no way to confirm the Macchapuchhre climb.

Located between Manaslu and Himalchuli, the climbing story of PK29, locally called Ngadi Chuli or Ghurka Massif, is quite tragic. At almost 8,000m, the mountain is technically very difficult, with seracs and vertical ice towers near the summit.

Since the 1960s, the Japanese have tried to climb it. So far, eight expeditions have attempted this demanding and dangerous mountain. First, the University of Osaka City sent a group to scout the area, but they did not climb. Two years later, in 1963, they returned to try the eastern ridge. They had to abort at 6,300m because of severe avalanches and limited food.

In 1969, the Japanese made another attempt. Again via the east ridge, they reached 7,400m before they ran into an ice wall and several huge crevasses.

They returned again in 1970, arriving at Base Camp in the second week of September. They discovered that above Camp 4, at around 7,000m, the route was very steep and covered by hard ice. This meant that they had to fix ropes up to Camp 5 at 7,500m. 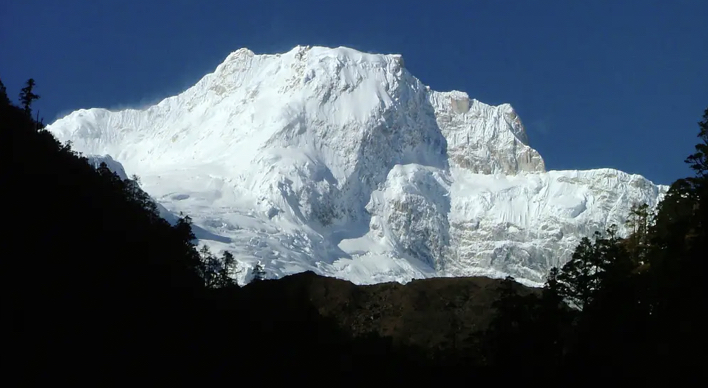 PK29, Ngadi Chuli. Eight expeditions have attempted the mountain, and there have been five deaths. Photo: Summitpost

On October 19, Hiroshi Watanabe and Lhakpa Tshering Sherpa were ahead of the others. Their companions watched them from Camps 3 and 4. Watanabe and Lhakpa Tshering were just below the summit, standing on a ledge at the top of the ridge. They had just finished a difficult section, and the two hugged. They didn’t have far to go, although the summit area was challenging.

Soon after, their route disappeared from view for those lower on the mountain. Two hours later, they reappeared, both descending. It is not known whether they made the summit because the two climbers fell more than 700m on their way down to Camp 5.

When their colleagues reached them, they were both dead. Next to the body of Lhakpa Tshering, they found a small rock, which they thought could be a piece of rock from the summit.

Other Japanese climbers returned to the mountain in 1974, 1975, and 1978, but none succeeded. During the last of these three attempts, an avalanche killed three mountaineers. Despite their persistence, the Japanese teams failed to definitively reach the summit.

In the spring of 1979, six Polish climbers arrived at the peak. Led by Ryszard Szafirski, they chose a route up the West Face via the West Spur. Setting Base Camp at 4,000m, Advanced Base Camp at 4,500m, and Camp 3 at 7,200m, they established only those three camps.

They reported that the route to Camp 1 was very difficult. Eventually, two climbers, Szafirski and Maciej Pawlikowski reached the final ridge. They had doubts about which of the five peaks on the ridge was the highest. Nevertheless, they made their final summit push from Camp 3 at 5 am and reached the top at 3:30 pm.

According to them, that upper section was so difficult that they doubt Watanabe and Lhakpa Thsering could have reached the top from the East Ridge because of a very complicated area of rock that they judged would have been impossible to climb. 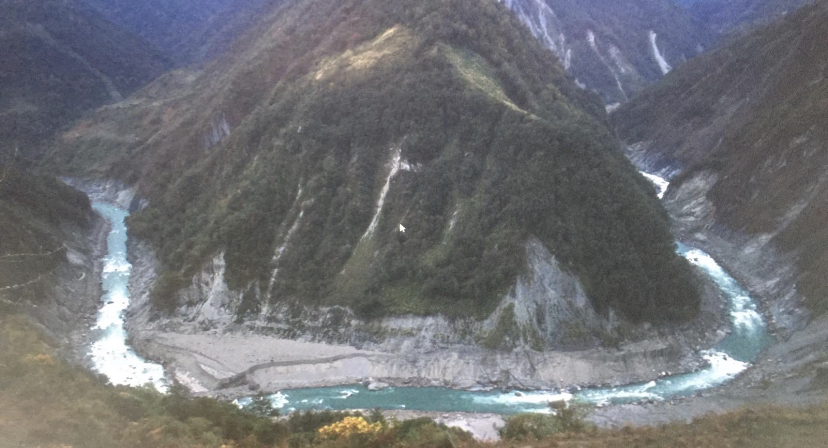 The Yarlung Tsangpo River. English explorers were already in the area in the 1910s and 1920s. Photo: Sebastian Alvaro

In the Tibetan Himalaya, colossal mountains flank the Yarlung Tsangpo River and its Grand Canyon. The name Tsangpo (Zangbo) means “purifier”. The river, the upper part of the Brahmaputra, originates on Mount Kailash and runs for 1,700km. Its canyon is the deepest on earth, plunging at times to an astonishing 6,000m along its 200km length. 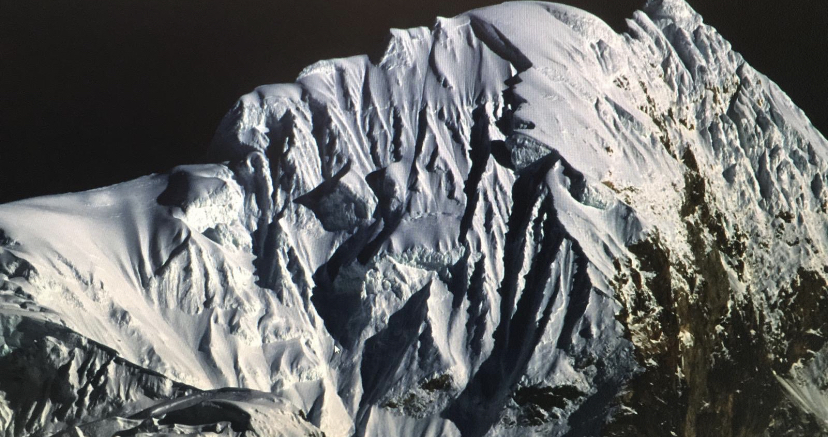 When will these mountains be climbed? Photo: Sebastian Alvaro

Gyala Peri, next to Rakaposhi in the Karakorum, is probably the largest abyss-climb on the planet. It has a prominence of 3,000m and vertical walls that reach the banks of the river. After spending a month and a half on the mountain, Japanese climbers Y. Hashimoto, Y. Ogata, and H. Imamura climbed it in 1986 by the south ridge. 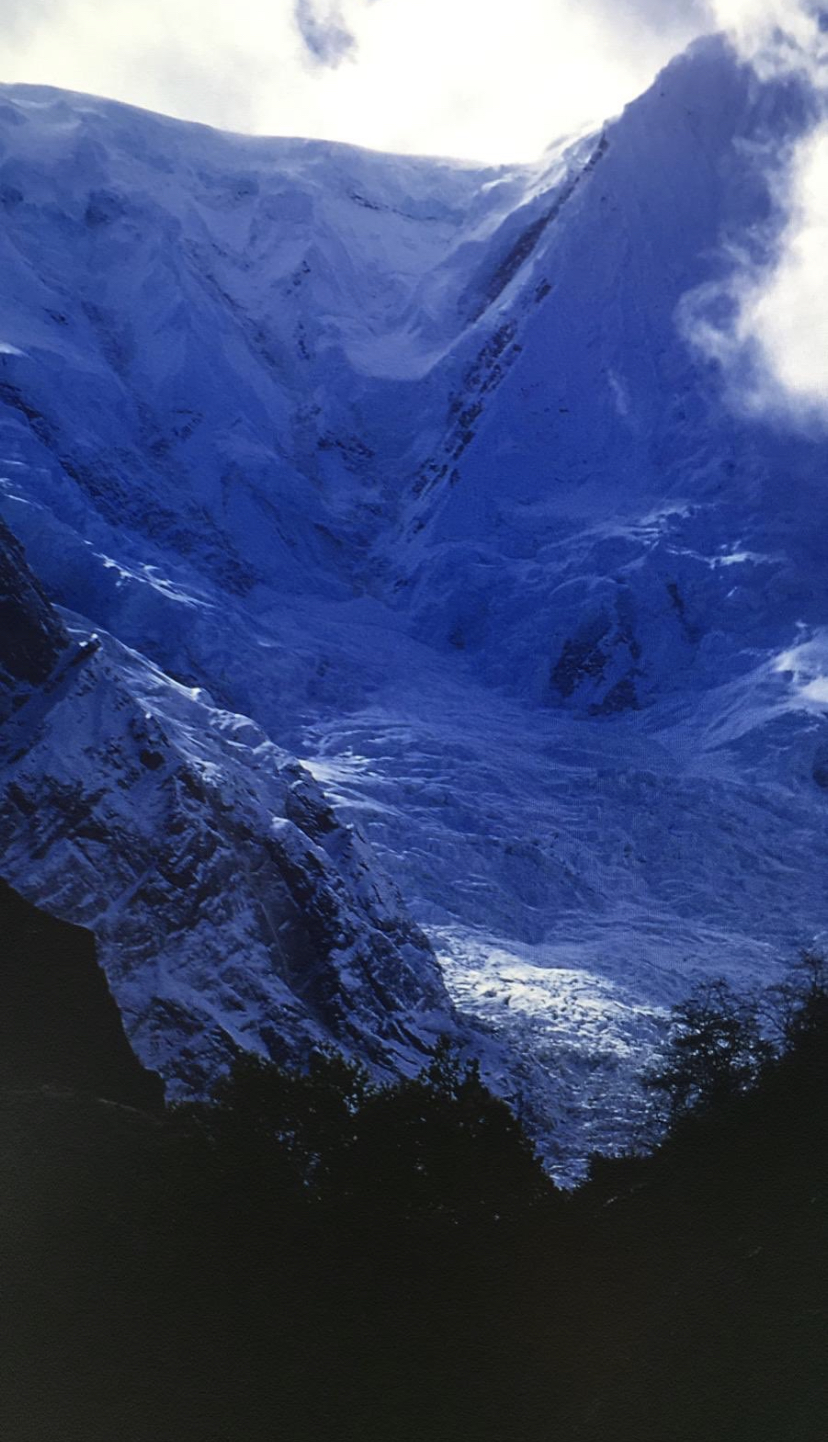 There have been some other attempts. In 1998, a team of elite Spanish climbers tried but did not succeed. The weather was horrendous, the mountain colossal, and at 6,000m, they met a bear! Imagine meeting a bear while trying to ascend by rope above an abyss!

Twenty kilometers from Gyala Peri is the spectacular Namcha Barwa (7,728m), a mountain that rivals Nanga Parbat in bulk. Namcha Barwa had drawn the attention of mountaineers since it appeared in photographs produced by the 1913 British Bailey expedition. The Chinese Mountaineering Association made two attempts on Namcha Barwa in 1983 and 1984. But they could not find a route to descend to the pass between Naipun Peak (7,043m) and Namcha Barwa. Finally, in 1992, a Chinese-Japanese team managed to top out. 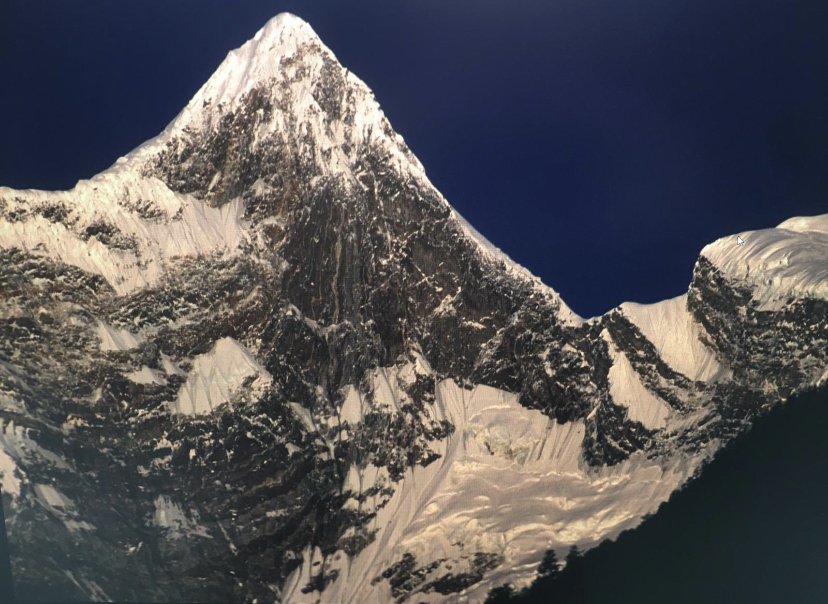 Lost in translation? Though far from the ocean, Namcha Barwa is known as “the father of icebergs”. Photo: Sebastian Alvaro

A further note about Macchapucchre:

There is some debate about whether Macchapucchre is actually a holy mountain.

Nepali geologist and anthropologist Dr. Harka Gurung (1939-2006) doubted it. One of his arguments was that the mountain did not have a local name. If it was sacred since ancient times, there should surely be a story behind it, including a local name with religious meaning, in the language of the original inhabitants of the area.

Those inhabitants were not the Nepalese, but the Gurungs. The current name is a Nepali word. The locals have no specific term for this mountain. They simply call the nearby peaks kling, which means snow in the Gurung language.

Dr. Gurung was also in favor of issuing climbing permits for this mountain because he did not understand why permits were available for other sacred mountains.

It is possible that Jimmy Roberts himself was behind this prohibition. He reportedly did not want anyone else to climb a mountain that was a failure for him, and he submitted a request to Nepal’s authorities to ban it. When Roberts became a military attaché at the British Embassy in Kathmandu, he was able to influence this decision in person.

Finally, why is Machhapuchhre supposed to be Shiva’s abode, if Shiva is a deity in Hinduism, and the region is mostly non-Hindu? Did Roberts’ childhood in India have something to do with that? The debate has always been interesting, but climbing this mountain remains prohibited.

@KrisAnnapurna reports about outdoor activities, current expeditions, and stories related to the history of mountaineering in the Karakorum, Himalaya, Tien Shan, and other ranges.