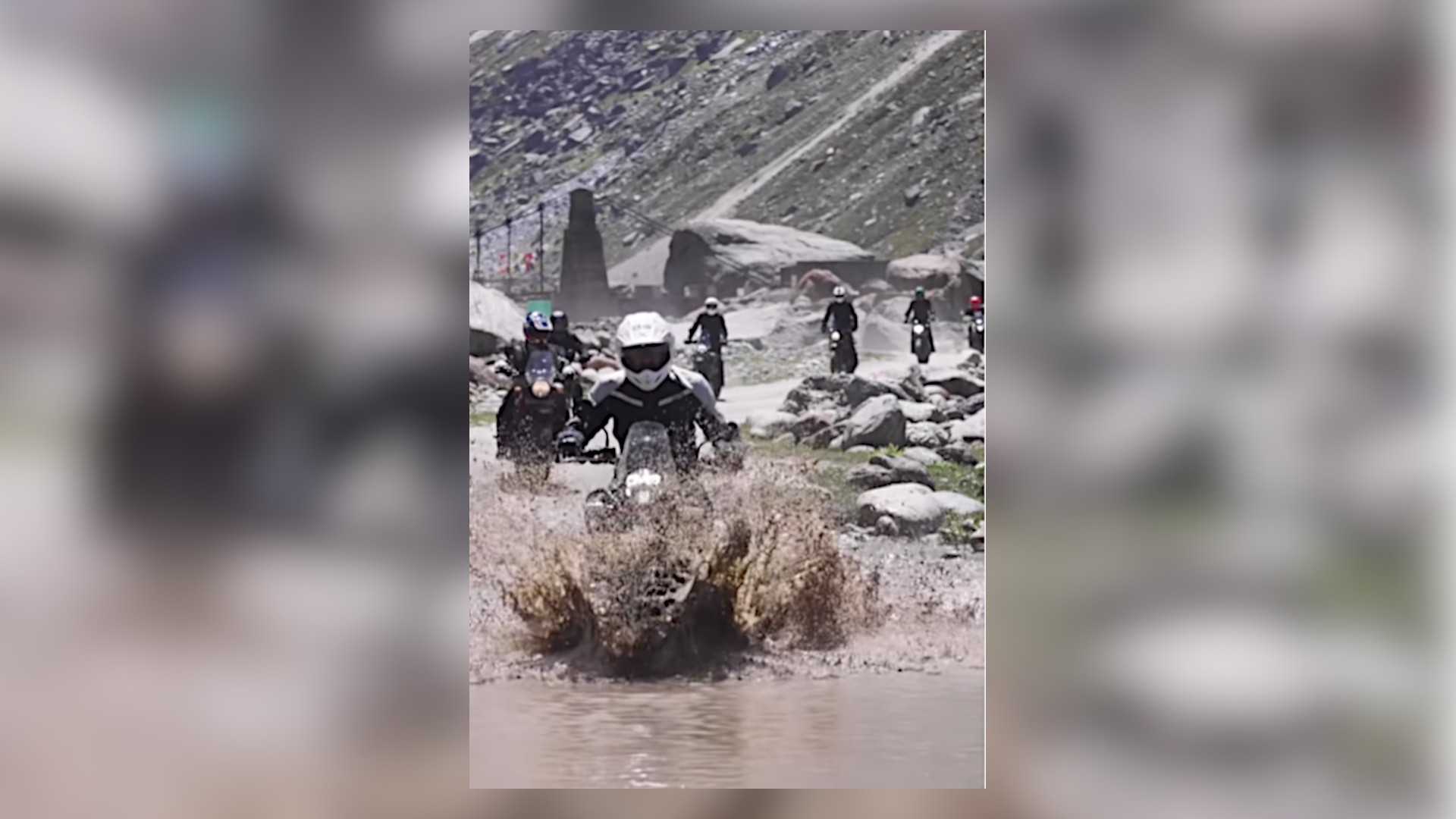 After a period of intense speculation and anticipation, Royal Enfield officially launched the Hunter 350 to kick off August, 2022. It may seem like it was just yesterday—but since it’s almost the end of August as we write this, we can assure you that it was at least a couple of weeks ago.

Still, you don’t keep up the new release pace that Enfield has set for itself without constantly being on the move. Already, in the under-a-month since that global launch, rumors of other Enfield test mules around Chennai have been swirling. Today, though, we have something more substantial than a mere rumor. No, friends, what we have here is an actual teaser for yet another hotly anticipated new Enfield.

On August 22, 2022, Siddhartha Lal—head of Royal Enfield and Eicher Motors—released the very first official teaser for what appears to be the upcoming Royal Enfield Himalayan 450 on his Instagram account. It’s an extremely short clip, lasting just a few seconds. The footage shows a group of seven bikes, all rolling down a path to attempt a muddy water crossing on test Himalayans.

The text located across the bottom third of the video reads, “Testing 1,2,3 ….” There’s no caption on this post, and we don’t get to hear any engine or ambient sounds in this video. Instead, the chosen audio track is a clear reinforcement of the images we’re seeing before our eyes, because it’s listed as “Masato & Keita * Himalayan Riders.”

The lead rider splashes through the water crossing in apparent slow motion, adding extra drama to the water crossing as the other riders follow behind, waiting their turn to do the same. We can see an LED headlight and turn signals mounted within the familiar framework of the front end of a Himalayan as the lead rider approaches.

Since this is just a first teaser, confirmed details are obviously not available yet for the new bike, and everything you’ll read or hear is mere speculation at this point. There’s talk of a release of this bike in India sometime toward the beginning of 2023, but nothing is carved in stone just yet.