Through bad weather and little sleep, setting the record wasn’t easy but the 36-year-old father of two never gave up.

“Towards the end, my body was shutting down,” Hobbs said. “To everyone out there who’s my age and has kids, believe in your goals and set big dreams, you don’t have to give that up.” 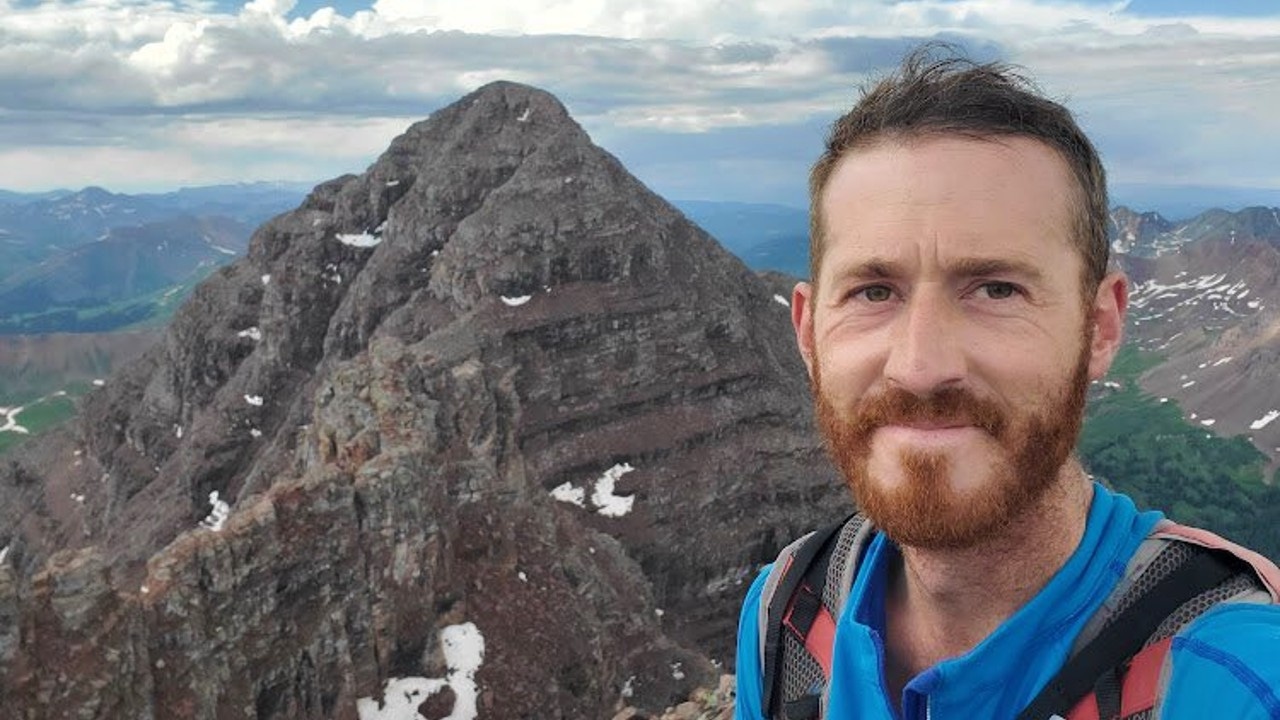 Dan Hobbs takes a picture after climbing one of the 58 mountains taller than 14,000 feet that he climbed in a two-week span in Colorado. (Dan Hobbs)

After setting the record, Hobbs celebrated by eating a burger and fries, foods he gave up during training.