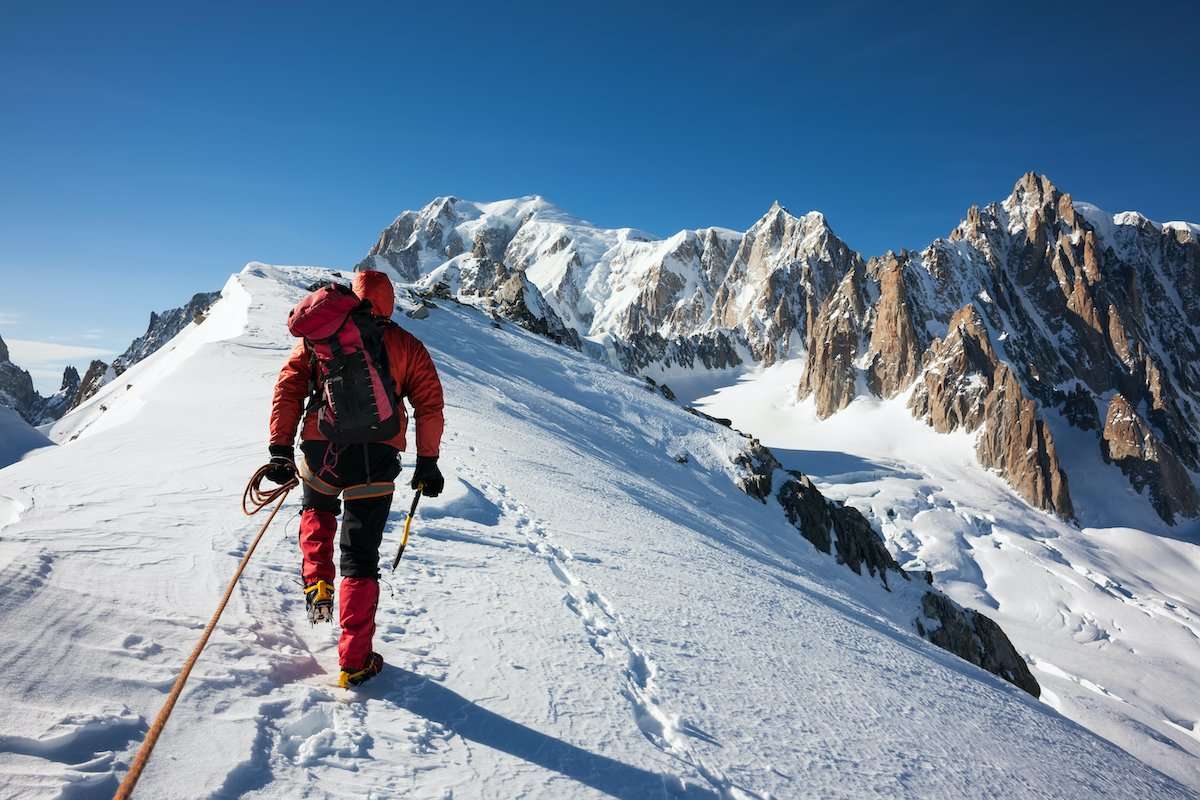 Anyone who wants to climb Mont Blanc, the tallest peak in the Alps and the second-highest mountain in western Europe, using the most-popular climbing route will soon need to put down a €15,000 (about $15,300) deposit first. That money will be used to cover the climber’s possible rescue — or funeral — costs if needed.

Jean-Marc Peillex is the mayor of Saint-Gervais-les-Bains, a town on the French side of the mountain near the beginning of the Goûter Route. He also has reached the end of his patience with what he calls the “contempt” of “pseudo-mountaineers” who ignore safety warnings and attempt to climb Mont Blanc anyway.

“The municipality of Saint-Gervais plans to take measures adapted to the irresponsibility of some and the risks they make rescuers run,” Peillex wrote on Twitter.

“People want to climb with death in their backpacks,” Peillex wrote. “So let’s anticipate the cost of having to rescue them, and for their burial, because it’s unacceptable that French taxpayers should foot the bill.”

Located in the Alps along the borders of France, Italy, and Switzerland, Mont Blanc — whose summit sits at 15,774 feet — is known for its vast glacier fields. Indeed, Mont Blanc is even French for “white mountain.”

Mont Blanc was first summited by Jacques Balmat and Dr. Michel Paccard on August 8, 1786. Since then, it has become enormously popular with climbers.

“Climbing the mountain is a challenging experience and a rite of passage for any serious climber, but is also a realistic goal for newbie climbers, making it one of the most popular climbing destinations globally,” according to Mountain IQ. “The ascent of Mont Blanc promises a breath-taking experience — but, like any serious climb, it poses risks. It is therefore important that you know what you are getting yourself into and that you are properly prepared.”

The problem is that there wasn’t much snow last winter in the Alps and the abnormally warm temperatures across Europe this summer have combined to destabilize rocks and make crossing the mountain’s crevasses more dangerous than before, the BBC reports.

Furthermore, the heat wave, generally attributed to climate change, has been melting the glaciers. That, in turn, greatly increases the likelihood of avalanches in the Alps.

Consequently, French mountain guides suspended their operations along the Goûter Route last month due to heavy, dangerous rockfall, The Guardian reports. Indeed, the guides described “witnessing rockfalls throughout the day and night.”

None of that, however, has stopped those who Mayor Peillex calls “pseudo-mountaineers” from attempting to climb Mont Blanc.

The final straw for Peillex was a group of about 50 Romanian hikers who the mayor accused of “playing the latest fashionable game: Russian roulette!”

The group, who were wearing shorts, sneakers, and straw hats, ignored warnings to stay off Mont Blanc. They were later stopped by French police officers in a helicopter who used a megaphone to order the hikers to turn around and head back to town.

For more about climbing safely, be sure to also read