10 Best Himalayan Treks To Explore in Autumn for Breathtaking Views 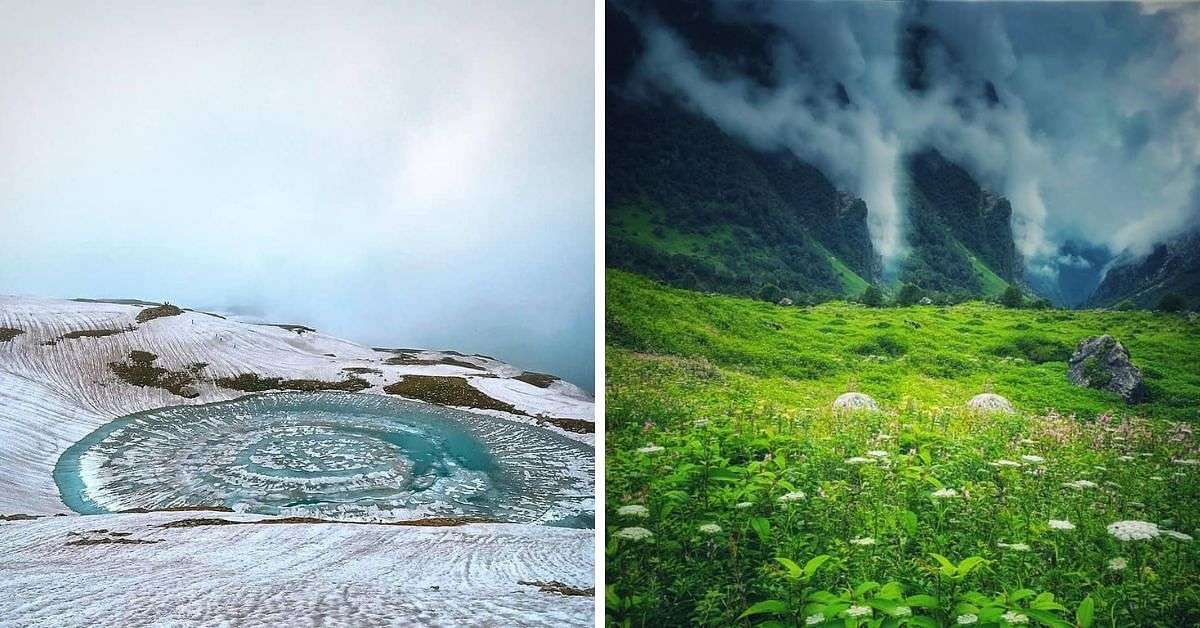 Autumn is a time of transition for nature — the satisfying crunch of fallen leaves beneath your feet, light and unexpected rains, fresh and cool air that playfully glides against your skin, and a sense of calm as we all slowly welcome the winter.

When you travel higher up to the mighty Himalayas, this experience is only amplified, thanks to its breathtaking autumn view and atmosphere.

Explore this stillness, mystery, and beauty up close with these 10 treks that promise picturesque views.

1. The Valley of Flowers Trek

A post shared by Valley of Flowers Trek (@valleyofflowertrek)

One of India’s oldest and most popular treks, this one requires moderate skills as a trekker. Flowers bloom on both sides of the trek and snow-capped mountains sit peacefully in the background, adding to the trek’s aura.

The Indian government created the Valley of Flowers National Park in 1980. In 2002, it was recognised as a UNESCO world heritage site, making it a must attend for trekkers around the world.

Keep in mind that the climb to Hemkund Sahib is steep and requires some skill, gaining almost 4,000 ft in 6 km.

This is one of those treks that will reinforce the idea of Kashmir being truly ‘heaven on earth’, with every turn looking like a perfect postcard of mountains, meadows, and six different lakes with snow patches.

It’s a challenging trek, with long trekking days, steep climbs and not many accessible exit points. The first day is especially challenging, covering some 3,000 ft in six to seven hours.

One of Manali’s more famous trekking routes, this one takes you right to the source of the river Beas. The lake also tapers off into smaller streams and waterfalls, which are complemented by mountains and rolling hills, making the trek truly worth your while.

This is a lake with cultural significance — the story goes that Rishi Vyas, author of the Mahabharata, took his daily bath here.

This trek can be done by beginners but requires some preparation and endurance building, since it goes from 8,000 ft to 12,000 ft.

In the span of a few steps, this hike takes trekkers from Kullu Valley’s lush greenery to Lahaul’s arid, barren landscape. This dramatic change is the highlight, and you’ll also find forest patches with oaks, mesmerising campsites, and mountainous serenity.

In four days, trekkers go from an altitude of 6,000 ft to 14,000 ft. The pass crossing day can drag on for almost nine hours. Even if one doesn’t have much trekking experience, you must be fit and energetic for this trek.

This lake area comes with a rich mythology, known as the place where Maharishi Bhrigu sat in meditation.

The trek is about 20 km north of Manali and brings with it beautiful meadows from the first 10 minutes. Wild horses gallop through these meadows and sheep graze leisurely around you.

The peaks of Pir Panjal and Dhauladhar mountains frame the backdrop. Autumn dots the meadows with wildflowers and a wild charm, reminding of nature’s strength and mystery.

This trek is great for beginners, reaches an altitude of 14,000 ft, and guarantees a thrilling experience.

This one is for more seasoned trekkers, who have spent years building their skill and stamina. The trek brings with it much adventure and excitement.

For starters, you’ll be passing through a 17,457 ft pass — a memory that will  remain with you for a long time.

You’ll be crossing spectacular landscapes from forests to meadows, and the Buddhist villages in the Spiti region. You can also experience much variety in terms of flora and fauna too.

As the climb progresses, there’s also a brilliant view of the Parvati and Pin Valley. There are many unique experiences along the way, like the pulley bridges at Tunda Bhuj, meadows at Odi Thach, and glaciers near the pass. Near the end of the trek are also hot water springs of the Parvati Kund in Kheerganga.

This trek allows you to see Mt Shivling up close, from base to summit. There’s also a close view of the Bhagirathi sisters. Over time, this trek has lost its popularity, but is a sensational experience for those willing to choose the road less travelled.

The trail moves close to the Greater Himalayas through the Gangotri National Park.

Although it’s a moderate level trek, well prepared beginners can also attempt it.

The Markha River Valley in Hemis National Park is an excellent slice of Ladakhi landscape. The trek is exciting and full of adventure, including several river crossings and the Kongmaru La pass crossing. With wonderful views of Mt Kang Yatse, there’s also plenty of wildlife to encounter along the way.

Across the villages of the valley are mud houses and lush green fields. You’ll get to explore Tibetan culture with Buddhist prayer flags dotting the area. You can also stay in one of the nearby homestays instead of camping.

In Kinnaur district’s Kalpa region, the Kinner Kailash circles the trail around the Kinnaur Kailash Shivling peak. It also offers views of the Raldang and Jorkanden peaks. It is detailed by the Indo-Tibetan border and the Dhauladhar range.

The trek is also a great way to experience the Tibetan Buddhism culture.

It gets its name from the Kinner tribe of demi gods mentioned in the Ramayana, Mahabharata, Shiv Purana, Vishnu Purana, and more. The poet Kalidasa also writes about the tribe in Meghdoot.

The trek itself has a steep, almost perpendicular incline, taking about eight to nine hours from the Tangling village to the Maling Khata meadows.

Tread carefully, this trek is for the experienced. It’s said that many trekkers have lost their way here.

It’s a snow-covered trek which connects Badrinath to Kedarnath, taking you over glaciers and passes. It is one of the highest passes in the Himalayas.

A story goes that a priest needed to go from Kedarnath to Badrinath in a day. With Lord Shiva’s blessings, a route was made for him and the rest was complicated and formed into a labyrinth.

Famous mountaineers Eric Shipton and Bill Tilman undertook the trek and concluded that it would be impossible for a priest to perform rituals at Kedar and Badri on the same day. You can make up your own mind!

Regardless, the trail offers the raw beauty of the heart of the Himalayas.

VALLEY OF FLOWERS: A Legendary Trail the World Wants to Trek in, India Hikes

BEAS KUND: A Trek to the Source of River Beas with Terrific Mountain Views, India Hikes

HAMPTA PASS: One of the Most Dramatic Crossover Treks in the Himalayas, India Hikes

GAUMUKH TAPOVAN TREK: A Journey to the Source of River Ganga, India Hikes

9 Best Himalayan Treks To Do During Autumn Season, Moxtain

18 Best Himalayan Treks to do in Autumn, India Hikes

We at The Better India want to showcase everything that is working in this country. By using the power of constructive journalism, we want to change India – one story at a time. If you read us, like us and want this positive movement to grow, then do consider supporting us via the following buttons:

Let us know how you felt